Get your space
planned, designed &
built to its best!

By the best architects & interior designers in Coimbatore

Get a Free Quote Now >

DesignQube is a process driven team of architects & interior designers in Coimbatore, headed by architect Nagappan Annamalai. We deal each project with small interdisciplinary teams, involving the client as a design partner. 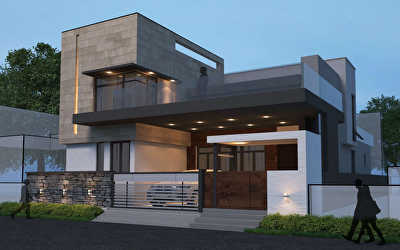 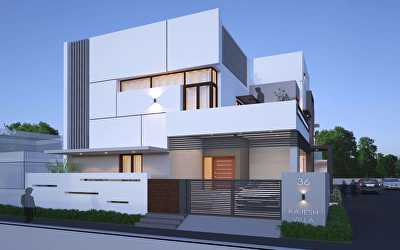 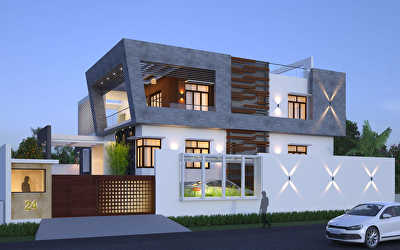 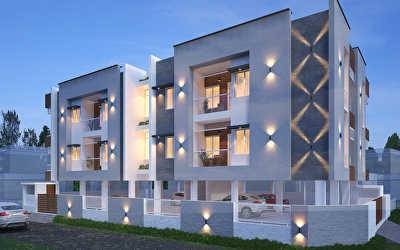 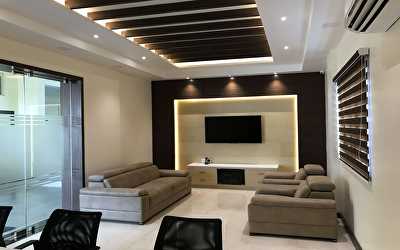 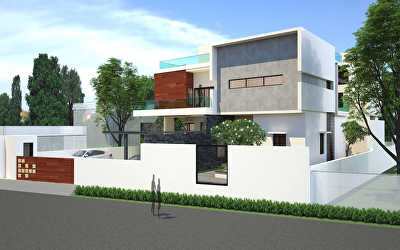 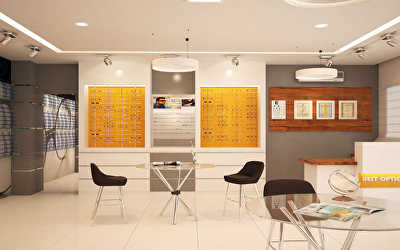 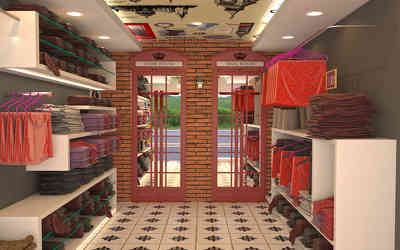 Some of Our repeat clients we're proud of

DesignQube Architects & Interior Designers, Coimbatore was started in early 2015 after being very successful in Chennai since 2010. Currently it's among the best architecture firms in Coimbatore with in-house expertise of registered architects, interior designers, 3d visualisers, project managers, experienced draftsmen, electrical and plumbing consultants.

More on our Coimbatore/ studio 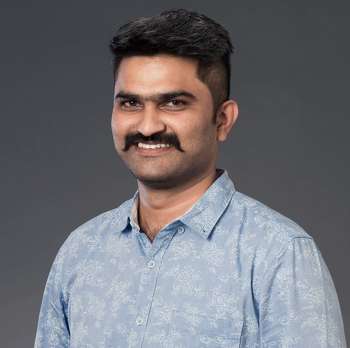 Sivaraman.S (SSR) has been with DesignQube almost since its inception. With a Master of Architecture degree from Nottingham University, UK and work experience with IWA, London, L&T, Chennai and Sankalpan Architects, Mumbai, he does bring a diverse and rich blend of International and Corporate design experience along with Environmental and Green design ideas to the table. He currently takes care of operations in DesignQube, Chennai. He is involved in a number of Residential & Commercial Architecture projects with his scope of work ranging from Design to Project Management. In his tenure with IWA, a London based Design and build firm between 2009 and 2011, he was involved in Design and Refurbishments of High End Residences and Palaces in the UK and Gulf respectively. Relocating to Chennai in 2011, he joined, Arun Karthik to work for DesignQubes first ever project: renovation of a 10 storey office building in Chennai. Before re-joining designQube in April, 2013, he worked for Sankalpan Architects Private Ltd. and L&T- Integrated Engineering services. In his role as Project Architect with Sankalpan , he was involved in design and execution of corporate interiors for a Multinational clientele. During his tenure in L&T, he was part of the design team which Master Planned and designed an 175 Acre FMCG plant and was project lead for a 28,000 Sq.Ft Administration block in the same facility. He is a certified LEED Green Associate and has worked in projects which were registered towards achieving USGBC LEED Silver rating. Starting his design journey in 2002 from Architecture Department, Thiagarajar College of Engineering, Madurai, he trained under Architect Raman Shukla of Studio 9491, New Delhi in 2005 and Architect Valliappan of Karvin Designs, Madurai in 2007. Before he went to pursue his M.Arch in UK, he also worked as Junior Architect for Ong&Ong Designs Pvt. Ltd. in 2007. An ardent cricket fan, he idolizes MSD and his leadership skills. Occasional badminton sessions, dancing and engaging himself in the blue social networking site is what he does when he is not designing. 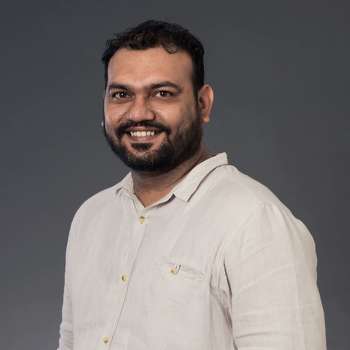 An acknowledged architect among the design fraternity, he has won national level design competitions and also holds visitor professorship in various architectural universities in Chennai. He is also associated with CEPT University, Ahmedabad for its research activities in building energy analysis and thermal comfort studies. Arun is a registered architect and a member of Council of Architects and the Indian Institute of Architects.

Leading the firm, with strong environmental values & policies that are actively sought to be incorporated in the projects created, Arun started his career with Architect Nimish Patel, Ahmedabad. During his internship, his interests grew in the field of building science related to Vernacular Indian Architecture and Intuitive Green Design Methods. Contemporary and modern in design approach, his design efforts focus in space and material efficiency, minimizing resource consumption and running costs, while not compromising on the visual elegance of the projects. With wide knowledge base in various spectrum of architecture and design, he has held the national championship in architecture quizzing in the prestigious event of Archumen 2008.

Winning 2 national level design competitions by IGBC (Indian Green Building Council) and by Water Portal, Arun derives his inspirations from natures working methodologies. His dissertation on Bio-mimicry in Architecture stands as a testimonial for the same. With inputs from Malaysian Architect Dr. Ken Yeang, he went on pursuing Bio-Climatic Skyscrapers for his architectural thesis and envisions using his knowledge in his professional practice.

Active member of many social groups such as the Chennai Trekking Club and HugsIndia, Arun plays Chess for leisure and participates in treks for adventure. A travel freak and a willing host, he is an active member of the International Couch Surfers groups. A recent example for his passion for adventure is his solo cycle trip from Bangalore to Chennai in 3 days.

Off-late his interests have evolved over to creating sustainable business units catering to various public needs, through his entrepreneurial skills supported by his flair for web-designing and application development, not restricting himself to Architecture or Interior Design works alone. 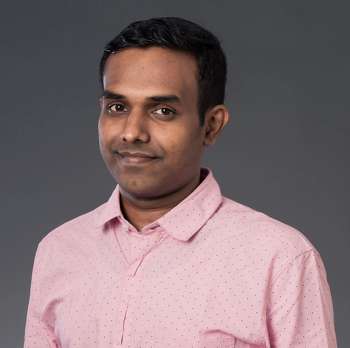 Nagappan has 8 years experience in design, execution and project management of Architectural & interior projects. He has worked in many Residential, Commercial, Hospitality, Industrial projects in India and Singapore before joining Design Qube. He graduated from Thiagrajar college of Engineering, Madurai in the year 2007.Soon after graduation he started working at Coimbatore where he had the opportunity to work on projects like 2 lakh sft Engineering college at Namakkal, 3.5 lakh sft Garment Factory at Bangladesh, 5 acres Housing project at Coimbatore to name a few. After working for 4 years he decided to get some international exposure and so migrated to Singapore. In his 4 years of Singapore experience he had worked as Project Manager on 50,000 sft Commencial/Office project and 1.5 lakh sft High rise housing project to name a few. He also got the opportunity to learn advanced construction practices and systems which he tries to employ in his current projects. He holds a very special place in his heart for his alma mater & his teachers. He believes in paying it forward whatever he has learnt and this lead him to take up a teaching position at Tamil Nadu School of Architecture, Coimbatore for a short stint. Since then he has served as visiting faculty/guest lecturer at various architectural schools. His key areas of interest are sustainability and cost effective construction technology. He has participated in a week long workshop on Bamboo construction at Habitat Technology Group, Trivandrum and on Cost effective construction techniques at Laurie Baker Centre, Trivandrum. Being a native of the Chettinad region he has in depth knowledge about the climatological principles of Chettinad Architecture which reflects in his designs and detailing. He is also Indian Green Building Council Accredited Professional (IGBC AP) who has complete understanding of Green building practices and certification process. Apart from being an Architect he is also a qualified Property Valuer. He is an Approved valuer certified by the Institution of Valuers, India. He has participated in various National level Seminars on Valuation in India. He has presented technical papers at various national level symposiums. He is a national champion at Archumen & Archumen- Pro- Indias biggest Architectural quiz. He is an active volunteer with Isha Foundation and has taken part in all its activities both in India and Singapore since childhood. He is avid reader of both English/Tamil literature and Kindle becomes his best companion during long travels. He loves trekking and has trekked on certain parts of the Himalayas and Western Ghats. His is passionate about music which lead him to take up Carnatic flute lessons since 2009 and he is proud to be music student forever.

All ourClients love usand vouch for us!

I really thankful for Mr. Manjunath Gowda for his awesome services rendered for our project in Singapura Paradise. He and his team are more friendly, intelligent, highly skilled, more creative, ethical and logical. Mr. Manjunath had lots of patience in taking inputs understanding our views. Suggested right and quality materials for our project. Constructional site vists assured us no hindrance in progress so far. A lots of expectations fulfilled. Wish to work future projects with Mr Manjunath.Mr Srivatsa-Bangalore

It's an immense pleasure that we had DesignQube as our design consultant to construct our office premises. We proudly say that without the sincere efforts of the team, it is not possible for us to have such a nice office.Gayathri Ragavan-Trichy

I really thankful for Mr. Manjunath Gowda for his awesome services rendered for our project in Singapura Paradise. He and his team are more friendly, intelligent, highly skilled, more creative, ethical and logical. Mr. Manjunath had lots of patience in taking inputs understanding our views. Suggested right and quality materials for our project. Constructional site vists assured us no hindrance in progress so far. A lots of expectations fulfilled. Wish to work future projects with Mr Manjunath.Mr Srivatsa-Bangalore

It's an immense pleasure that we had DesignQube as our design consultant to construct our office premises. We proudly say that without the sincere efforts of the team, it is not possible for us to have such a nice office.Gayathri Ragavan-Trichy